Vaping of Marijuana on the Rise Among Teens

Findings from the 2019 Monitoring the Future (MTF) survey demonstrate the appeal of vaping to teens, as seen in the increased prevalence of marijuana use as well as nicotine vaping. 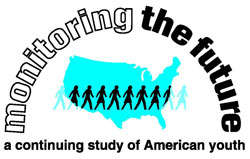 Results from the 45th annual MTF survey, a nationally representative sample of eighth, 10th and 12th graders in hundreds of U.S. schools, were announced today by the director of the National Institute on Drug Abuse (NIDA), part of the National Institutes of Health, along with the University of Michigan scientist who leads the research team. The self-report survey is given annually to students who respond to questions about their drug use and attitudes.

Past year vaping of marijuana, which has more than doubled in the past two years, was reported at 20.8% among 12th graders, with 10th graders not far behind at 19.4% and eighth graders at 7.0%. Past month marijuana vaping among 12th graders nearly doubled in a single year to 14% from 7.5%–the second largest one-year jump ever tracked for any substance in the history of the survey. (The largest was from 2017-2018 with past month nicotine vaping among 12th graders).  For the first time, the survey measured daily marijuana vaping, which was reported at 3.5%  among 12th graders, 3.0% among 10th graders, and 0.8% among eighth graders. The MTF investigators documented more detailed findings on teen vaping of marijuana in a research letter released today in the Journal of the American Medical Association. High rates of nicotine vaping reported in the MTF survey were released in September.

Marijuana continues to be the most commonly used illicit drug by adolescents. After remaining mostly stable for many years, daily use of marijuana went up significantly since 2018 among eighth and 10th graders–now at 1.3% and 4.8% respectively. However, overall past year marijuana use rates remain steady among teens (35.7% among 12th graders; 28.8% among 10th graders; and 11.8% among eighth graders).