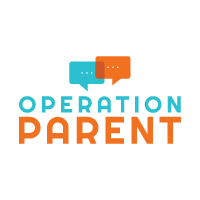 As the daughter of a disabled Vietnam veteran, Heather French Henry has experienced the pain and suffering that can come with military service. Throughout her life she followed her father into the halls of VA hospitals for treatments, experienced his night terrors and stood by his side in his miraculous journey “home” from the terrors of war.

After winning the title of Miss America 2000 she traveled over 300,000 miles across the United States on a national speaking tour entitled “Our Forgotten Heroes: Honoring Our Nations Homeless Veterans.” Throughout her year she not only visited veterans facilities meeting and talking with veterans but her platform often took her to our nation’s capital to lobby members of Congress and Senate on veterans issues and legislation.

During her tour veteran’s healthcare issues became another serious focus and a second campaign began entitled “Fighting the Silent Enemy: Hepatitis C.” Touring the country with Hepatitis C advocates screenings were held and hundreds of veterans were screened and made aware of the dangers of Hepatitis C.

In Heather’s own words: “I will always be the daughter of a veteran and therefore I will always honor those who fell by continuing to serve those who live.”

Operation Parent Webinar: Alcohol, Drugs and You – A Conversation with authors Marc and Lianna Treitler

For Parents/Caregivers of Youth: Underage Alcohol